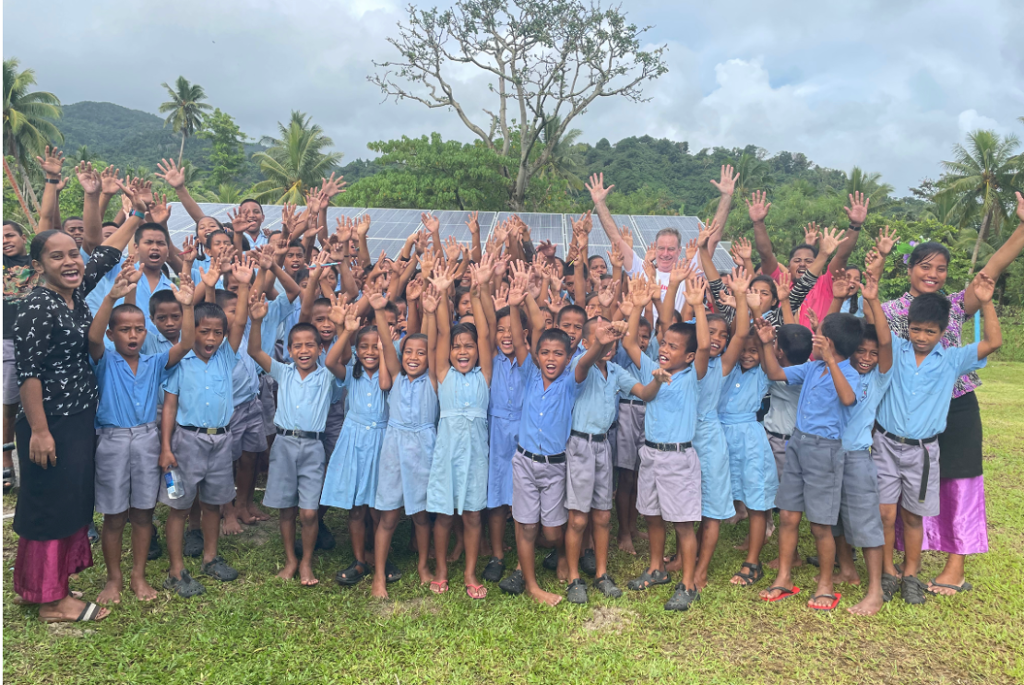 Recapping, the Australian government has committed to reduce emissions to 43 per cent below 2005 levels by 2030 and achieve net zero by 2050 while delivering economic reform and economic growth and unlocking $52 billion of private sector investment in Australian industries.

The far-reaching vision has been spelt out at significant gatherings, including the Global Energy Summit and Sydney Energy Forum of early July followed by the all-important Pacific Islands Forum.

Sydney Energy Forum: Ministers and business leaders from the Indo Pacific region including the US, Japan, India, Indonesia and Samoa met at the two-day Sydney Energy Forum to discuss clean-energy innovations, technologies and supply chains in the region and commit to strengthening support for the global energy transformation.

The Australian Government which co-hosted the Forum with the International Energy Agency notes the Indo-Pacific region accounts for about half of the world’s energy consumption and emissions. Happily, the region is also rich in resources of the raw materials, products and technologies that reduce emissions.

Setting the tone for the Sydney Forum Australian Prime Minister Anthony Albanese said, “We need to act and we will act. We will lay a new foundation for sustainable growth and prosperity, [one that] will move us from an era of inaction and delay to one where we create new jobs, new industries and drive down emissions.

“Australia has the workers, the resources and the capacity to become a renewable energy superpower.”

“By the end of this decade, renewable energy will make up 82 per cent of our National Energy Market,” Albanese said. “Australia will once again be a trusted global partner on climate action.”

He also emphasised the importance of working alongside friends and partners to achieve ambitions and pride in Australia’s place in the Indo-Pacific, the fastest growing region in the world and home to more than 60 per cent of global energy supply, but one which bears many of the burdens of climate change, copping 70 per cent of the world’s natural disasters.

“Together, we can ensure better access to affordable, reliable and secure clean energy right across the Indo Pacific, as we move to a net zero world,” Albanese asserted.

In recent weeks the Smart Energy Council has engaged with Senator Wong to assist and inform her on the renewed focus on energy security and climate change in the region.

The blueprint documents the collective need to manage the assets of the oceans and the natural environment in a world of climate change and strategic competition given the region’s ”unprecedented times and critical juncture in its history,” Fijian PM and PIF Host Frank Bainimarama explained.

“If Pacific Island Countries can respond to and rebuild after some of the worst storms to ever make landfall in history, advanced economies can surely make the transition to renewables.

“The benefits will be remarkable. Our region has the potential to become a clean energy superpower if we summon the will to make it happen. That path is no doubt the surest way to an open, resilient, independent, and prosperous Blue Pacific.”

The commitment of Australia – which has proposed to co-host the COP29 climate talks in 2024 with Pacific nations – was singled out by Mr Bainimarama who stated “I acknowledge in particular the Government of Australia for its support to this process – the success of these discussions has been based on the possibility of in-person discussions and talanoa in our own Pacific Way.”

Talanoa is a traditional word used in Fiji and across the Pacific to describe the process of inclusive, participatory and transparent dialogue; to share stories, build empathy and make wise decisions for the collective good.

However it’s not all beer and skittles for Australia given the ‘pro-climate action’ government’s controversial plans to open new gas and coal mines in the coming years. Bainimarama and his fellow Pacific leaders have implored Australia to abandon such plans.

“I have been clear and consistent in our asks for more ambitious climate commitments. Most urgently, it requires that we end our fossil fuel addiction, including coal. That is our ask of Australia,” he said.

Staying in the Pacific, Its Time Foundation: For more than a decade Australian businessman Rob Edwards has taken time out from his role as a motivational speaker to equip Fijian schools with solar PV systems to replace noisy, costly, polluting diesel generators. His foundation Its Time has overseen more than 24 PV installations and significantly improved the lives and education of Fijian islanders. He’s also borne witness to the devastation wrought by increasing severity of storm activity in the Pacific – remember Cyclone Winston of 2015? – which has wrecked many of the solar systems, schools too.

Its Time relies on the goodwill of equipment suppliers and support from individual Australians and companies. For its part the Smart Energy Council has been following Its Time developments over the years and promoting the cause for solar powered schools in the Pacific.

Pictured below is a recently completed 5kW project at a school on the island of Rabi. Its Time is now gearing up for the largest undertaking to date, an 18kW PV system.

We will profile the scope and success and benefits of Its Time in the Pacific in more detail soon.