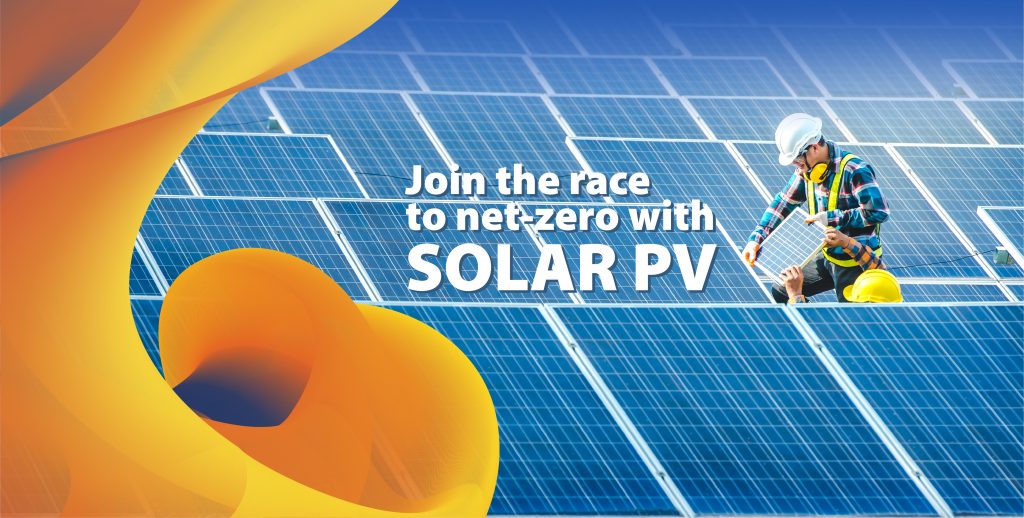 The Global Solar Council is launching the global campaign “Empowering people with solar PV”, aimed at accelerating the uptake of solar PV at the distributed level, supporting the overall solar capacity targets on a net-zero pathway. Focusing on the buildings sector – thus mainly on rooftop systems – GSC seeks to empower the millions of households and entrepreneurs keen to play a role in tackling the climate crisis and promote a cultural shift about how they invest in their homes and businesses for a sustainable future and at the same time benefiting from solar PV’s numerous advantages. GSC also wants to encourage institutions to act as an example by moving to deploy rooftop solar systems on all public structures, such as administrative buildings and schools.

GSC is indeed convinced that more than other means of the transition, solar PV is going to enter people’s lives widely and soon, becoming the common-use technology through which everyone identifies the energy revolution. The campaign seeks to capitalize on exceptional momentum as the awareness of consumers about climate change and the risks of a dependence on fossil fuels is rapidly increasing globally alongside a desire to take action on an individual level. As power grids across the globe are experiencing increasing disruption and outages due to extreme weather events (India, US, Australia and many others) and energy prices spike worldwide, consumers are gaining a whole different perspective towards distributed solar power as a way to become more independent and stabilize their energy bills.

People can make a real difference in the global decarbonization race, especially at such a critical juncture with the latest events confirming the urgency to phase out fossil fuels and move towards greater energy independence. In fact, in the race to net-zero while ensuring a just transition, distributed generation is gaining consideration and the need for solar PV is outlined clearly by the latest intelligence across sectors and markets. The buildings sector (including residential, commercial and public buildings) generates nearly 40% of annual global energy-related CO2 emissions, 28% of which result from building operations according to IEA, and is responsible for around one-third of total final energy consumption.

IRENA outlines how increasing energy conservation and efficiency in heating and cooling is critical for the energy transition in buildings if we want to be on track to limiting global warming to 1.5°C above pre-industrial levels. In fact, the buildings sector would see the highest direct electrification rates, reaching 56% by 2030 and 73% by 2050, compared to about 30% at present. Thus, overall the buildings sector represents almost 28% of the total energy transition investment needed over the period to 2050.  Solar energy plays a fundamental role in providing renewable energy to buildings, and generally electrifying rural and off-grid areas.

In fact, IEA estimates that globally, 100 million households need to be equipped with rooftop solar PV by 2030 and 240 million by 2050 (up from the current 25 million), to reach net-zero by 2050. GSC seeks to contribute to an acceleration toward such figures, that will help solar PV unlock its full potential in mitigating the climate crisis, driving the development of smart cities, energy communities, and self-consumption, empowering people and communities with sustainable and inclusive access to power. Furthermore, distributed solar PV has the ability to create positive externalities toward the overall electrification and energy efficiency of buildings, ranging from heating and cooling, lighting, cooking to e-mobility.

Yet, the rooftop sector presents a series of specific barriers, bottlenecks and constraints that need to be addressed from a comparative, inter-regional viewpoint. While utility-scale plants are more likely to attract near-term investments on a sufficient scale to accelerate the share of PV installations, the rooftop will involve a deeper, long-term transformation of the electric system towards a more distributed model.

The GSC is uniquely placed to join the entire global solar industry’s supply chain, compare developed and developing markets, engage contacts at a local and regional level, and activate partnerships with relevant organizations, even beyond the power sector. This is why the ambitious communication initiatives of the “Empowering people with solar PV” campaign to disseminate solar power’s advantages and benefits to the public at large will be complemented by a policy benchmarking in several countries of all continents.

An in-depth comparative analysis of regulations in the distributed solar PV sector will be conducted by engaging the GSC members as well as key stakeholders ranging from industry associations to regulators and administrations to understand potential distributed capacity and main challenges in different countries and collect good policy practices concerning grid connection, energy storage, tariffs and more. GSC will formulate recommendations in a flagship report, including mapping of most common challenges and main regulatory barriers in the emerging markets and matching them with good policy practices in mature markets, to be presented at COP27 in November 2022 .

Mature solar markets have demonstrated how not only large-scale plants but distributed systems whether in private, public or industrial buildings, can be a large part of the total renewable capacity. Solar PV still accounts for only about 3% of global electricity generation, so there is huge potential to unlock. There is a need to accelerate deployment simplifying the authorization procedures. Especially for rooftop systems, it is necessary to break down unnecessary barriers and authorize installation and connection to the grid much faster.

“Our initiative fits into this context, with the aim of promoting the simplification of the authorization processes and the development of enabling policies and instruments such as energy communities, that are in line with the maximization of solar energy’s potential. We want to break down all clichés and psychological barriers and empower those who seek to become independent and contribute to climate action. To achieve great engagement among decision-makers, energy and construction companies, and the public at large, powerful dissemination will be key. We are developing important partnerships with diverse global stakeholders that can help us maximize the campaign’s outreach around the world”, said Gianni Chianetta, CEO of GSC.

Learn more about the campaign
solar