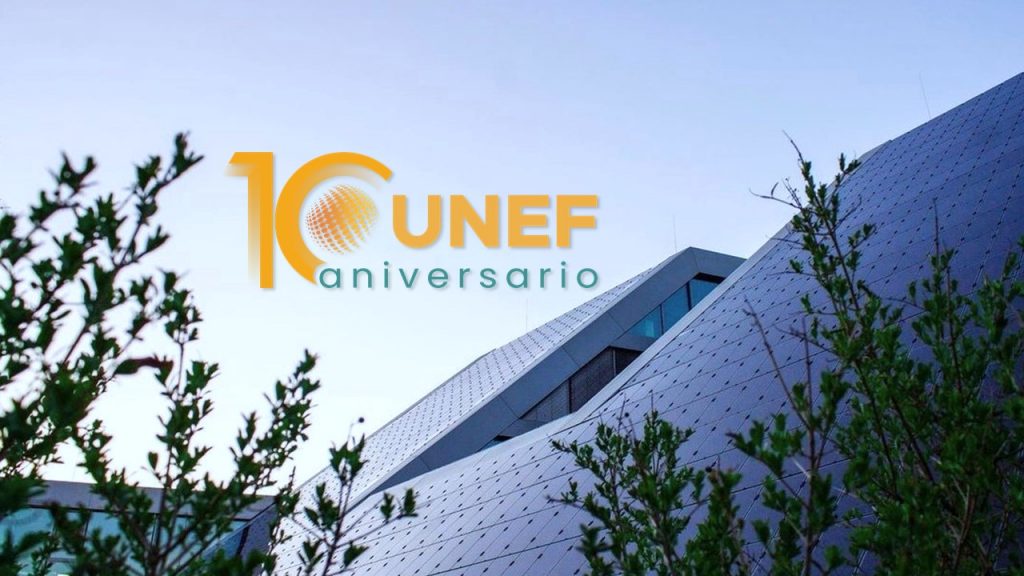 The Spanish Photovoltaic Union (UNEF) celebrates its anniversary this year after ten years of conquests of the photovoltaic sector and throughout which it has achieved the adhesion of more than 640 partner companies, a representation of more than 90% of the entire value chain of the sector and achieve today more than 15 GW of installed capacity in our country.

“The work of the Spanish Photovoltaic Union during these ten years has been a milestone that has boosted the companies in the sector and has contributed to making society aware of the real advantages of solar energy, which is clean, local, cheap and the most environmentally friendly,” said Rafael Benjumea, President of UNEF.

UNEF is grateful for the support and collaboration it has received during these ten years of life from its member companies to achieve its position as the main association in the sector and a reference as a meeting point, networking and representation of their interests at a national level. In this sense, the Solar Forum, which it organizes every year and which is now in its ninth edition, has become the sector’s major event, with the attendance of more than 725 people and fifteen round tables in its last edition.

All this has allowed it to have enough strength to play a leading role in milestones such as the elimination of the ‘Sun Tax’, which hindered the development of self-consumption; the maintenance of the 7.38% profitability for installations subject to reasonable profitability, which contributed greatly to the legal security of investments, and also to the change in the model/design of the auctions.

Likewise, it has done outstanding work in the promotion of collective self-consumption, or the definition of renewable objectives in the National Integrated Energy and Climate Change

Plan, among many other things. It has also done so proactively through, for example, the Photovoltaic Industrial Strategy or its approach to key sectors of the Spanish economy, such as agriculture.

Innovation plays a fundamental role here through the application of solar technology to pumping, drip irrigation or floating installations in irrigation ponds. Also in the quality of the components and their recyclability.

With regard to self-consumption, one of the priorities of the Spanish Photovoltaic Union is the administrative simplification of self-consumption. Along these lines, 14 Autonomous Communities have already eliminated the building permit requirement for rooftop installations, and we hope that the remaining ones will join very soon. It has also launched the UNEF Seal of Quality for installers, a further guarantee of consumer confidence in this technology.

Similarly, UNEF has been working to ensure that the socioeconomic and environmental integration criteria for ground-mounted photovoltaic plants are increasingly demanding and applied by all companies in the sector. It is also committed to dialogue and alliances with municipal entities and local stakeholders to create shared value wherever an installation is located.

For this reason, last year it launched the Certificate of Excellence in Sustainability and Respect for Biodiversity for photovoltaic plants, which is already held by four projects, and has so far reached agreements in the city of Cartagena or with the Regional Government of Castilla-La Mancha for the sustainable development of the facilities.

The direct contribution of photovoltaics to the Spanish GDP was 3,717 million euros in 2020. In terms of employment, there were 58,892 national workers linked directly, indirectly and induced to the sector. Photovoltaics is a net exporter. The 2020 figures exceed those of 2019 reaching 2,565 million euros, which demonstrates its competitiveness at the international level.

This is how UNEF celebrates 10 years in a historic moment of the sector that it wants to celebrate in style over the coming months while continuing to fight for each and every one of the associated companies, against the climate emergency and in favor of sustainability.