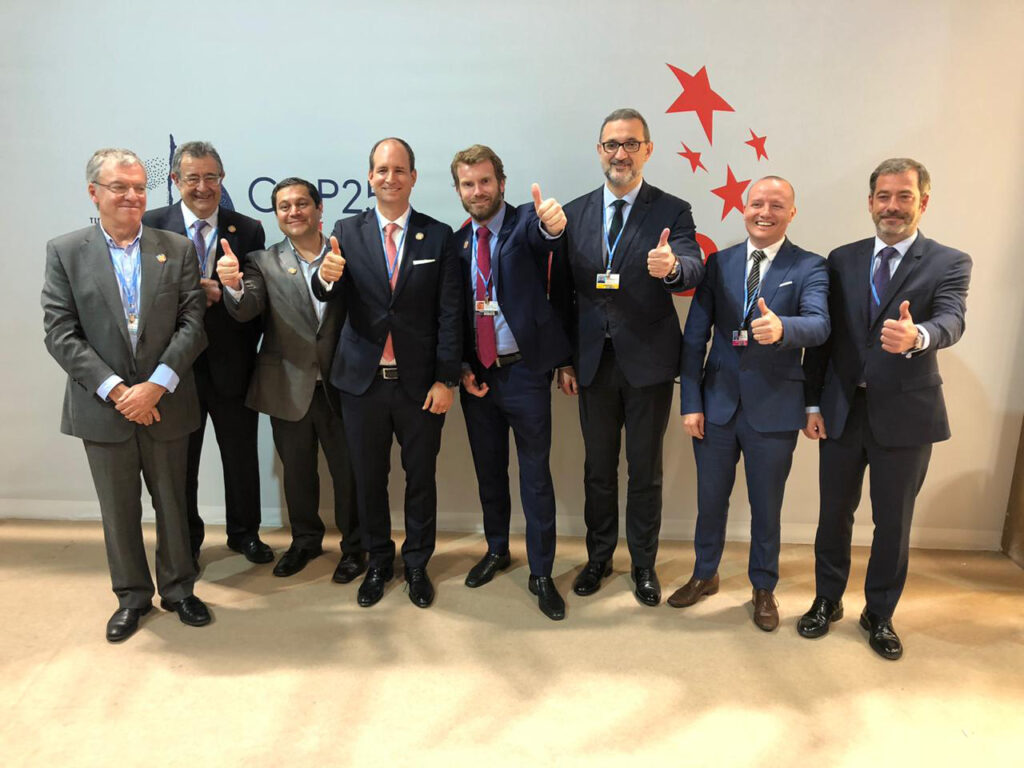 A great milestone for Renewable Energies took place in the context of the Energy Day at COP 25. Trade Associations from Argentina, Chile, Colombia, Ecuador, Mexico, Peru, Uruguay, and Spain met to sign a commitment of renewable development in their different countries, as a fundamental tool in climate change mitigation.

The climate crisis is at breaking point. According to international studies, CO2 emissions grew by about 3% in 2018, a record never seen in human history and one of the main reasons for this rise was the increase in coal use. There is no doubt,  then,  that the energy sector is the most polluting in the world, so changing to clean energy, not only in electricity generation but also in transport, heating, and other uses, is a powerful tool to reduce emissions from those sectors.

The agreement signed by the 12 associations – where ACERA represented Chile –   has as its main objective to establish the main lines of collaboration for shared objectives such as the replacement of fossil fuels, both for electricity generation and other applications, respectful, harmonious and constructive relationship with the communities of the areas where projects are developed, and the boost to competition, among others.

Renewable energies are the protagonists of the energy transition and of the resulting reduction of emissions from the industry. In addition to contributing to the fight against global warming, they are a key factor in local decontamination, which is why this joint milestone of promotion and development of renewable energies is the most powerful tool for climate change mitigation. This Ibero-American signing is only the first step in the consolidation of this Renewable Network, which aims to continue to expand with new associations and countries joining.