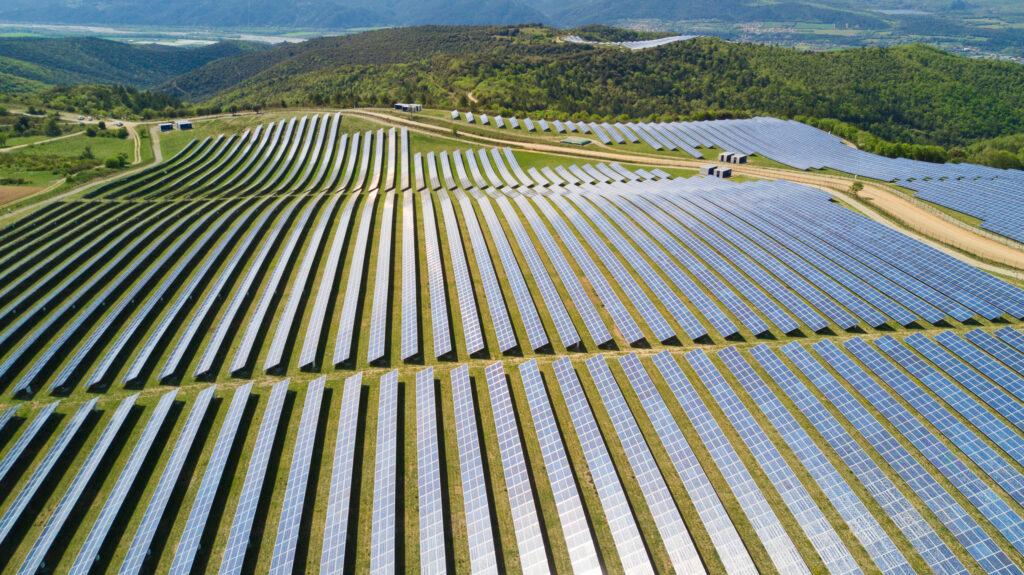 SolarPower Europe and LUT University have launched a new report that models a 100% renewables scenario for Europe to reach climate neutrality before 2050. The study is the first of its kind to model a fully renewable pathway to achieving climate neutrality for the European energy system, presenting three transition pathways, with varying levels of ambition. A key finding of the report is that the low ambition pathway in Europe is a burden for society, from both a climate change and economic perspective. The 100% renewable scenarios result in lower per unit energy costs and show that achieving climate neutrality by 2050 is more cost-effective compared to a lower level of ambition.

Claude Turmes, Luxembourg Minister for Energy, said: “Following the publication of the European Climate Law, six Member States, including Luxembourg, called on the European Commission to include a 100% renewable energy scenario in the Commission’s 2050 energy and climate projections. SolarPower Europe and LUT University’s groundbreaking study comes at an important point in time, outlining the benefits of a 100% renewable energy pathway to achieve climate neutrality in a cost-effective way in Europe, even before 2050 and to make the European energy system less dependent and more resilient. As political leaders, we must demonstrate to the younger generations that they have been heard, and that the most ambitious scenarios possible are being seriously considered to help fight climate change.”

Aristotelis Chantavas, President of SolarPower Europe, said: “A 100% renewable energy system enables the EU to become climate neutral before 2050, complying with the ambitious 1.5°C Paris Agreement target, and without resorting to carbon sinks. This Leadership scenario will also trigger the sharpest decline in GHG emissions, down to zero in 2040. It also highlights the pivotal role of electrification to achieve a 100% renewable-based energy system, which will generate significant system efficiency gains and facilitate sectoral integration. With this cutting-edge report, we aim to contribute a new perspective to the discussion on how to enable a true European Green Deal.”

Michael Schmela, Executive Advisor and Head of Market Intelligence at SolarPower Europe, said: “Solar power is set to generate more than 60% of European electricity by 2050. But this must be coupled with a high rate of electrification and sectoral integration, which is essential to achieving a 100% renewable and integrated energy system. Electrolysers for hydrogen production are also a crucial technology for this scenario, as from 2030 onwards, renewable hydrogen will contribute to the full decarbonisation of the heat and transport sectors, becoming Europe’s second key energy carrier. Further, electricity storage is increasingly important in providing an uninterrupted energy supply, with batteries set to contribute up to 70% of storage. The report ultimately shows that the 100% renewable transition pathways are the most cost-effective, while low ambition scenarios are more burdensome on the European economy, society, and environment.”

Aurélie Beauvais, Policy Director of SolarPower Europe, said: “To achieve an energy system based on 100% renewables by 2050, where solar and wind are the main pillars of the energy transition, policymakers must focus on creating the right policy and financing frameworks to enable terawatt growth. As a first step, the EU should enshrine the objective of climate neutrality into law and review the EU 2030 GHG target to comply with the 1.5°C Paris Agreement. By 2030, policymakers must prioritise renewable-based electrification, paving the way to the development of competitive and sustainable hydrogen solutions where low-cost solar and wind will act as prime energy carriers. We also call for the establishment of a Clean Energy Package Implementation Body, to remove regulatory and administrative frameworks that remain the main barrier to the deployment of solar and renewables in Europe.”

Dr Christian Breyer, Professor of Solar Economy at LUT University, added: “A 100% renewable energy system in Europe is absolutely possible from a technical perspective. It is also the most affordable and safest option to achieving climate neutrality in Europe by 2050. We have the clean energy technologies already, and now it is about developing the right policies to ramp up deployment. If we act now, we can limit climate change and provide a brighter future to the next generation.”

The report, 100% Renewable Europe: How to make Europe’s energy system climate neutral before 2050, was launched during a webinar with a presentation from Paula Abreu Marques, Head of Unit Renewables and CCS Policy European Commission. The LUT Energy System Transition model used in this study is applied across an integrated energy system covering demand from power, heat, and transport sectors, which enables the modelling of cost-optimal energy system transition pathways on high levels of geo-spatial (20 regions in Europe) and temporal (hourly) resolutions. For more information, click here.