GSC Chair-Elect Gianni Chianetta: water sector will absorb 8% of worldwide energy supply in the next 20 years, doubling the current value 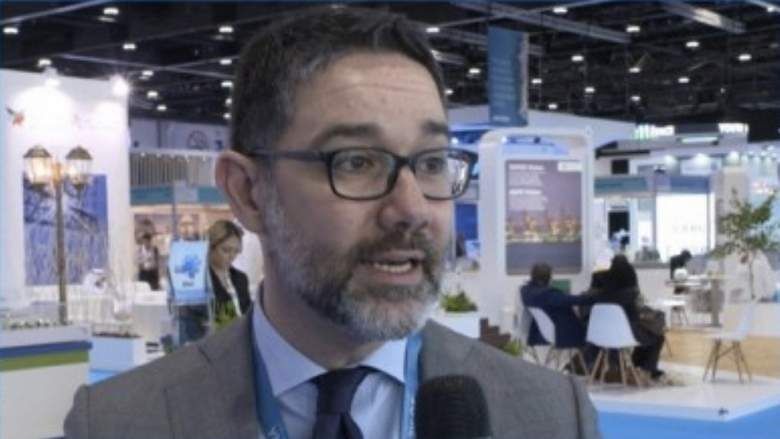 Up to 4 percent of worldwide energy supply is used for water production, treatment, end use, reclamation, and disposal, a significant figure that’s expected to double to 8 percent over the coming 20 years, according to the Chair-Elect of the Global Solar Council, GSC.

“It’s a huge amount of energy being allocated to water production, due to the significant increase in desalination and water treatment operations worldwide,” Gianni Chianetta, Chair-Elect of GSC told the Emirates News Agency, WAM, on the sidelines of the World Future Energy Summit which opened in Abu Dhabi Exhibition Centre yesterday.

“This necessitates the need for accelerating the adoption of renewables and increasing its contribution to the energy mix over the coming few years,” he added.

Chianetta hailed the UAE as an example for disseminating innovative and best practices and developing cost-effective solar energy solutions and desalination plants, citing in this respect the construction of ‘Noor 1’ photovoltaic solar power plant located in Al Ain.

Headquartered in Washington DC, the Global Solar Council represents more than 40 national and regional solar associations and 2,000 companies across the solar supply chain.

“Solar PV and other solar technologies have the potential to protect the climate, secure energy supply and create wealth, jobs and other economic opportunities. Solar PV is a low-cost, reliable and clean source of energy that can be utilised to alleviate poverty, enhance energy security through solar PV and build capacities in the solar sector to anchor the energy transition,” he added.

He commended the organisation of the Abu Dhabi Sustainability Week as a step forward on the path to facilitate the energy transition.

“It’s an essential platform for governments and businesses to discuss critical water concerns. It features significant panels dedicated to promoting the sustainable production, treatment and supply of water in arid regions. It explores cutting-edge solutions to the problems posed by water scarcity and provides a platform where partnerships can form to face those challenges together. It explores the energy-water-food nexus and the vital necessity of long-term investment in water security, efficiency and innovation,” he said.

Chianetta underscored the need for developing robust legislation to accelerate the adoption of renewables and dissemination of best practices in order to effect the desired paradigm shift in the field of energy.

“The council is working with IRENA (International Renewable Energy Agency) to ensure growing cooperation over the coming period between key players in the solar energy industry all over the world. And we have an agreement between the Council and International Desalination Association to promote desalination technologies powered by solar,” he elaborated.

Chianetta has been elected by the board of the GSC to be Chair-Elect in 2019 and Chairman in 2020. He will succeed current Chairman Pranav R Mehta of the National Solar Energy Federation of India.WAM/Hatem Mohamed/Hassan Bashir/Esraa Ismail