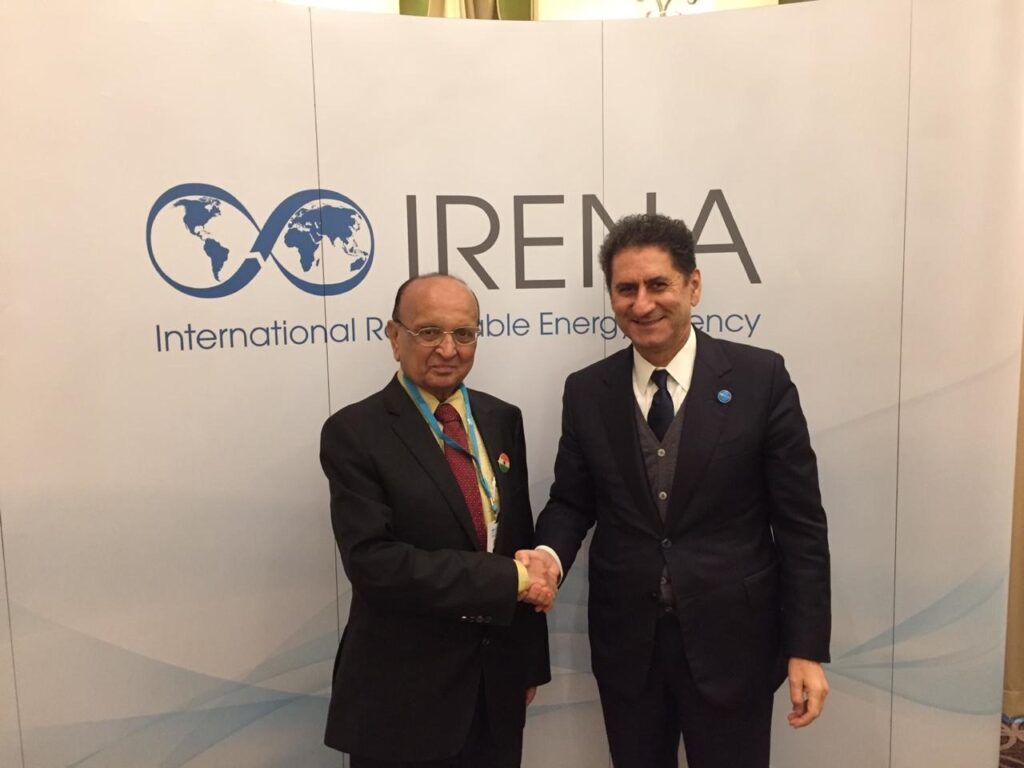 Global Solar Council Chairman Pranav R Mehta met the Director General of IRENA Mr. Francesco Camera on the sidelines of the IRENA Policy Day event attended by IRENA member countries at Abu Dhabi. The discussion centered around IRENA and GSC partnership for accelerating solar growth and spread worldwide. Emphasizing the importance of affordable finance to accelerate solar growth Mehta suggested that a list of various funding agencies should be prepared by IRENA to increase awareness and know how. Further, with a view to make the Energy Transition more inclusive and help job creation GSC offered to impart training to young people from Africa and other emerging markets through GSC Member associations. These trained and empowered youth will go back to their countries and become small entrepreneurs or dealers of companies of mature markets and will spread the message of solar. This will help in greater people involvement in adoption of solar and the fight for global warming and climate change.

Mehta extended an invitation to Mr. Francesco Camera for a special interactive session with National Solar Ènergy Federation of India(NSEFI) during his forthcoming visit to India in connection with the REINVEST event in end October. The invitation was happily accepted in principle pending details to be worked out.