Install solar panels together for a sustainable world 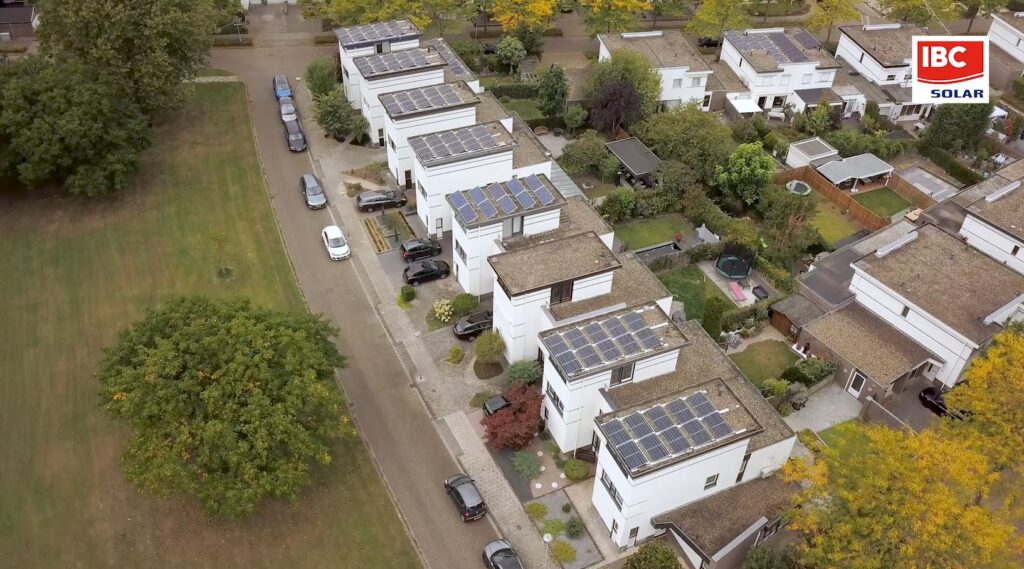 Contribute to a sustainable future together with your neighbors. That is the purpose of the Europapark neighborhood project in Sittard, The Netherlands. On the initiative of local resident Melle van Buren, the residents of 20 houses together laid 240 solar panels on their roofs last year. A project that was partly realized thanks to IBC SOLAR, supplier of solar energy systems in Echt, The Netherlands. “There are more neighborhood initiatives in the field of solar panels, but they usually unsuccessful. The fact that this project has succeeded and is still expanding makes it special, ”says Harold Salden, director of IBC SOLAR in Echt.

The idea for the neighborhood project started at the beginning of 2019 by Melle van Buren. As an environmentally conscious resident of Sittard, he has been working on the theme of sustainability for some time. “The installation of solar panels on my roof is part of that,” says Van Buren. In his search for the right system, he visits IBC SOLAR via installer Energierijk, where he is given a tour by Harold Salden. “Then I immediately thought, the explanation I got here about solar panels must be shared with other people.” He decides to invite his neighbors for a meeting at his place. “I wanted to make them aware of the possibilities in the field of solar energy, but also to see what we could do together. Because installing more solar panels at the same time saves costs. “

Bertus Frijns of Energierijk and Harold Salden of IBC SOLAR were present at the meeting. “In particular, we told the local residents about what they have to consider when they install solar panels on their roof for 25 years.

They simply have to operate well for 25 years, “says Harold. “Thanks to our 37 years of experience in the market, we can offer them high-quality products.” Dieter Möll, who lives a few houses further, sees the joint construction of the solar panels as a very positive step: “I thought it was a wonderful idea. In any case, we wanted to make some changes in relation to our energy consumption and we have a roof which is suitable for solar panels, so it was a good match. ”The meeting marks the official start of the neighborhood project. 20 houses have now been equipped with solar panels. “On average, there are around 12 panels on each roof. It’s about € 650  per year in energy yield per house, ”says Bertus Frijns. “We have already generated more than half of our annual consumption ourselves. We did not expect that, “Dieter Möll beamed. “Solar panels are therefore good for the wallet, sustainable and good for the environment. What more could one ask for, “smiles Frijns.

The positive financial gain, however, is not the only benefit for the neighborhood, says Melle van Buren: “It also creates solidarity. When we meet each other on the street or drink a cup of coffee together, we talk about it. Then we share how much energy we generate. That is really fun. Additionally, thanks to these solar panels we all have started to live more consciously. Old fridges and freezers out, new ones in. ”The enthusiasm of the neighborhood to live more sustainably has meanwhile been transferred to others. Family members and acquaintances of residents in other neighborhoods and villages are already taking part or are focusing on installing solar panels. “It’s nice to see how enthusiastic people are and how it spreads wildfire. They all want to contribute to a good and sustainable future, ”concludes Harold Salden of IBC SOLAR.