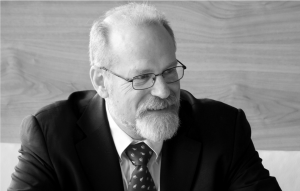 It is with great sadness to hear about the passing of Mr. Steve Sawyer on July 31, 2019 after a short but intense struggle with cancer. He was a founder of the Global Wind Energy Council (GWEC) and Secretary General of the organisation for over 10 years.

“For over 10 years, Steve tirelessly represented the wind industry and worked to convince governments to adopt wind as the solution to meet growing energy demand and reducing carbon emissions. During Steve’s tenure at the head of GWEC, global wind installations grew from 74GW to 539GW and became one of the world’s most important energy sources. He contributed significantly to the development of the wind industry in places such as India, China, Brazil and South Africa.”

“Steve Sawyer was a dear colleague at the IRENA Coalition for Action Meetings and his commitment and enthusiasm for the cause of renewable energy and climate change mitigation was exemplary,” said Pranav R Mehta, Chairman of Global Solar Council (GSC).

“Steve was one of us who has contributed to our mission and he deserves our condolences, memory and thanks. He was always very passioned in supporting the renewable battle,” Said Mr. Gianni Chianetta, Chair-elect of GSC. “He was keen in cooperating with GSC and he gave a great contribution as panelist at the GSC event in COP24.”

Mr. Sawyer’s influence as an inspiring leader of the world’s transition to renewable energy was considerable. He will be remembered for his selfless and continuous efforts to make the world a better place to live. He will be deeply missed by all who knew him.

The GSC Board and all members extend their heartfelt condolences to Mr. Sawyer’s family.