Photovoltaics and the triumph of the industrial revolution in Spain 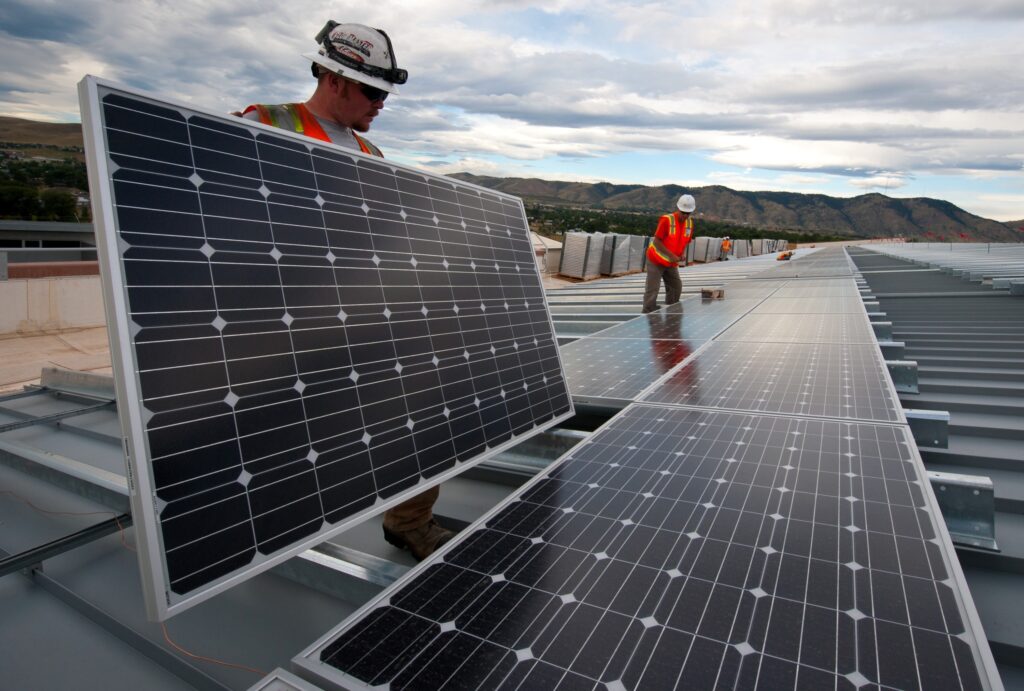 “The Failure of the Industrial Revolution in Spain” is a book published in 1975 which had an important impact on the way economic history of the 19th century was understood. In it, its author, Jordi Nadal, analyzed the reasons why, unlike other countries, the railroad did not produce an industrialization process similar to the one that had taken place in other countries of the European continent.

We could currently find ourselves in a similar situation in our country. At the present time, it seems possible to achieve the objectives of electricity production based on renewable energy established by the National Plan of Energy and Climate. This means that in the year 2030 we will have clean and cheap electrical energy. This is a worthy objective, but to settle for it would be to repeat the same mistake of the 19th century, having a railroad without industrial development.

The more than 25,000 million euros that are expected to be invested in photovoltaic energy alone should serve not only to strengthen Spanish manufacturers but also to turn Spain into a true international photovoltaic hub.

We have a good starting point. Contrary to the widespread belief that photovoltaic technology is only a “Chinese” technology, we currently have world-leading companies in our country. The confusion comes from identifying our industry exclusively with panels. It is true that most of the panels are produced in Asia. However, panels account only for 35%, and falling, of a plant’s LCOE (total cost of building and operating a power generation facility over its lifetime, Levelized Cost Energy).

But it is not an easy challenge. First, what is needed is regulatory stability and predictability. A market of peaks and valleys, as the Spanish one has been until now, is bad for the consolidation of an industrial sector. This is coupled with a rationalization of administrative processes. In this sense, the published draft of the Ministerial Auction Order establishing a five-year program is an important step forward.

But more needs to be done. Against the generally widespread idea that the competitiveness of Asian companies is based on the competitiveness of labor prices, forgetting that today, particularly in our sector, factories are largely robotized and the weight of the wage component in the final cost is very low. The truth is a mixture of different elements, from planning which ensures the demand to the companies, to the existence of a wide supply chain, the access to the most advanced digital technologies and in particular the high percentage of their turnover dedicated to R&D. All of this is complemented on some occasions with direct or indirect fiscal support.

The actions to achieve our goal must be structured around three axes: innovation, training and business strengthening.

Innovation is the key factor. It is a necessary but not sufficient condition for competitiveness. The State must play a role in promoting it both through its R & D centers and its programs to support private initiatives. To this end, it is important to provide them with the means and eliminate the administrative barriers that hinder them.

Training is key to having the right professionals to meet the challenge. There is an urgent need to adapt academic curricula, both at the university level and for professional training, which still have as a basis the knowledge of technologies without future while renewable technologies are often relegated to specialization courses. Training that should not forget the integration of women in our sector, as they are underrepresented at present.

The strengthening of business is key to the sustainability of our companies. To survive in a globalized world, they need to gain size and financial muscle, for which it is necessary to encourage the generation of alliances and clusters. In the battle of competitiveness, digitalization plays an important role, so companies must be allowed to have access to the best 5G technology available. We must end the cycle of generating technology companies that end up in the hands of foreign competitors.

Keynes urged politicians not to think only about counter-cyclical spending but also to think big. Let’s do it together and in a few decades some historian will be able to write a book about the success of the Industrial Revolution in Spain.