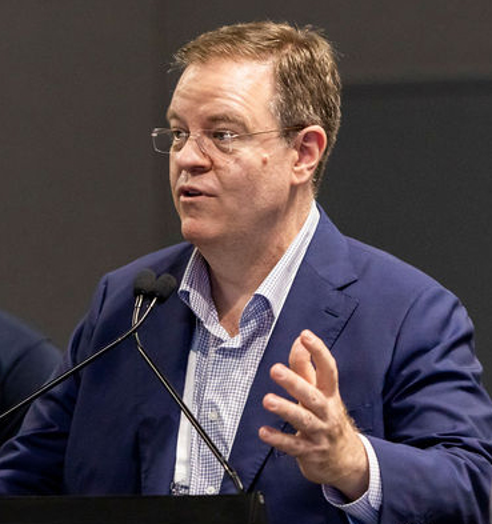 Chief Executive John Grimes says the outlook for PV uptake within Australia remains strong, users are paying a small fraction for their home solar powered electricity compared to the price charged by utilities.

Strength of PV market: Australia’s small scale PV market continued to flourish during 2021 despite all the challenges presented by Covid during 2021 such as lockdowns causing limitations of installers movements coupled with delays in the supply of components and products.

According to industry analyst SunWiz during the last month of the year the average system sized leapt to 9.5kW, well up on the average of 6kW to 8kW.

Interestingly, there was a surge in demand for PV systems just prior to Easter and Christmas 2021.

Although strong demand is expected to continue during 2022, growth will be impacted by the reduction in solar feed-in tariffs. (In mid 2021 this writer was advised her tariff of 10.2c/kWh would be reduced to 6.72c/kWh. Not that it matters much, the solar system provides near free electricity and over the years has helped slash carbon emissions in a state which still has a high reliance on coal plants.)

Smart Energy Council Chief Executive John Grimes notes that over a 20+ year lifetime of a solar system users are paying about 5 cents per hour which compares favourably with the utility cost around 35c per hour.

He told the media the PV industry remains bullish about its prospects; demand remains strong.

“All in all, we expect growth year on year. The question now is really how big that growth is going to be… People trust in solar now. There’s no question about whether it works, or ‘will it cut my power bill?’ – those things have been resolved. The industry’s mature,” John Grimes said.

At the other end of the scale, utility-scale PV generation in the last month of the year for the first time exceeded 1,000GWh to reach 1,263GWh in total.

Almost half of that electricity was generated by the 32 grid-scale solar farms New South Wales, whose output hit a high of 577GWh.

Meanwhile solar and wind farms in the state of South Australia are generating impressive new records of energy production. For almost seven days in late 2021 they supplied 101% of local demand each day. Of that, wind generation averaged 64.4 per cent, rooftop PV 29.5 per cent and utility scale 6.2 per cent.

The future of energy takes shape

Solar 30 30 30: Australia kicks off the New Year with two new Australian Renewable Energy Agency (ARENA) funding rounds that will usher in a new era of energy.

The first is a $40 million funding round to support research and development into projects to develop the next generation of solar – projects that can drive innovation in solar PV cells and modules or reduce balance of system, operations and maintenance costs.

Ultra-low cost solar is a described as a ‘new priority technology’ for the Australian Government, with a goal to reduce the cost of utility scale solar electricity to $15 MWh, about two thirds less than the current cost.

The ambitious targets of 30 per cent module efficiency and 30 cents per installed watt at utility scale by 2030 are reflected in the title ‘Solar 30 30 30’ to accelerate the uptake of renewables and further enable Australia to step closer to net zero emissions.

The second funding round also heralds the new era of renewable energy, with the next generation of grid scale batteries being supported by $100 million of ARENA funding.

Batteries are increasingly playing a key role in firming the variability of wind and solar as well as pumped hydro and other storage technologies.

Large scale battery storage projects that demonstrate the use of grid firming battery inverter technologies in new battery projects of 70 MW or larger, as well as applicants seeking to retrofit advanced inverters to existing batteries, will be eligible to apply for funding.

In all the funding is anticipated to support three projects and is timely.

The Australian Energy Market Operator’s Draft 2022 Integrated System Plan foreshadows the retirement of the majority of coal-fired electricity generation by 2040, replaced by wind and solar farms backed up by at least 30 GW of grid scale firming capacity.

Currently seven big batteries are in operation in the National Electricity Market and AEMO has identified a further ​​23,418 MW of battery storage capacity in the planning pipeline.

Developments are already moving at a pace and at scale, with Neoen’s plan for a 1200MW wind, 600MW solar, and 900MW plant backed by 1,800MWh of battery storage now taking shape.

The initial 412MW stage is now underway in what is touted to become Australia’s largest wind, solar and battery storage project

The project follows the success of Neoen’s 315MW Hornsdale wind farm in South Australia which four years ago set a new benchmark in battery storage for the nation, proving to sceptics it was achievable and successful.