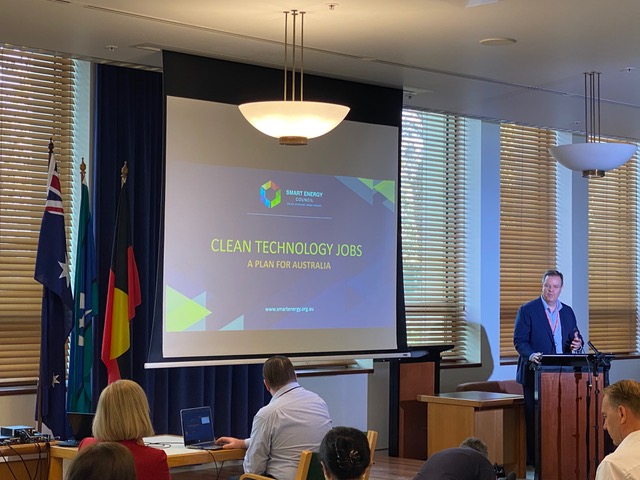 Australia’s climate action remains in a holding pattern and out of kilter with leading nations.

During Biden’s Leaders Summit on Climate of late April Australia’s Prime Minister continued to peddle the notion that Australia is a “world leader” in emissions reductions, yet this is far from the truth.

As one prominent scientist declared, Australia few positive steps barely address the magnitude of the challenge and the opportunity and are “not even a figleaf” in the absence of actual policy.

In a timely expose, economic think tank The Australia Institute revealed Australian fossil fuel subsidies hit $10.3 billion in 2020-21 and that one tax break alone ($7.84 billion) exceeded the $7.82 billion spent on the Australian Army. TAI calculates every minute of every day $19,686 was effectively given to coal, oil and gas companies and major users of fossil fuels.

The findings pour cold water on the claims by coal, oil and gas companies about their clout as major contributors to the Australian economy.

The Smart Energy Council which welcomes the government’s pledge of $275.5 million for four Hydrogen Hubs has stressed the need for hydrogen to be zero emissions ‘green’ renewable hydrogen.

Renewable hydrogen, renewable ammonia and renewable metals are recognised by SEC as the path to a strong economy and a safe climate, and independent certification of these ‘green’ projects is a positive more that would provide assurance to international customers.

In late April the Smart Energy Council collaborated with the Australian Labor Party to stage a Clean Energy and Jobs Summit at Parliament House in Canberra that saw leaders from industry, business and unions agree on the pivotal role of investments in lower emissions technologies and renewables in driving a surge in clean tech jobs. Should it gain power, the Labor party will introduce a $15 billion National Reconstruction Fund to drive the ambition to expand a range of manufacturing and export industries.

SEC’s John Grimes (pictured) took the podium to declare his support for any party recognising the need to act now to propel renewable energy to drive down emissions, and stated afterwards the summit presented a compelling story about job opportunities and creation. Australia is at a “sliding doors” moment, he says, where we progress from an energy system riddled with stranded assets to embrace low cost solar and wind energy that delivers a competitive advantage.

During 2020 Australia’s PV Market saw a record 7GW installed of which 3GW was smaller scale rooftops, and momentum continues into 2021. The latest data available is that of March 2021 in which installed PV capacity – 268MW of residential and 48MW of commercial – represented the second highest monthly tally and was 24% above the prior 12-month monthly average (254MW) and 28% above March last year (246MW).

But is it all proving too much of a good thing in a national electricity system designed to be one-way only?

The Australian Energy Markets Commission has signalled changes that would see the 2.7 million households and small business with rooftop PV pay for surplus energy pumped back into the grid, wiping much of the benefits derived from feed-in income and slashing net income from solar energy to near-zero.

Further, in mid-March the state of South Australia took the radical step of cutting off rooftop solar with around 12,500 households in Adelaide forced to purchase electricity from the grid.

“It is regulatory over-reach, especially when household solar owners are left to bear the costs of the Australian Energy Market Operator’s (AEMO) decisions,” they stated. “Energy market institutions and government authorities should be focusing their efforts on accelerating the deployment of smart, dynamic technologies to modernise the grid rather than imposing crude cut-off mechanisms that reach in behind-the-meter and take control out of the hands of households.”