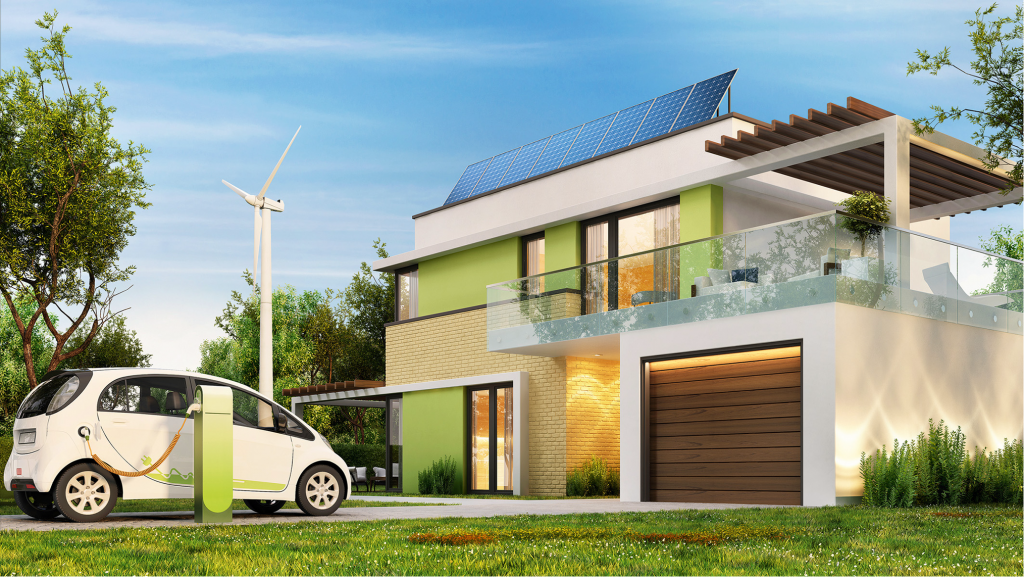 The Smart Energy Council is helping drive the future in which more homes tap into smart renewable energy to power their homes and electric vehicles.

The late September meeting between leaders of the US, India, Japan and Australia was significant for many reasons: it’s a powerful and strategic new alliance and one that that has signalled collaboration on key aspects of climate and energy.

The statement read “We have joined forces to tackle the climate crisis, which must be addressed with the urgency it demands… Quad countries will work together to keep the Paris-aligned temperature limits within reach and will pursue efforts to limit it to 1.5°C above pre-industrial levels.

“Quad countries intend to update or communicate ambitious NDCs by COP26 and welcome those who have already done so. Quad countries will also coordinate their diplomacy to raise global ambition, including reaching out to key stakeholders in the Indo-Pacific region.”

Given Australia’s stubborn resistance to commit to climate and renewable policies and targets there is work to be done “at home” to meet the target.

Supposition over Australia’s climate, emissions and energy is rife in the build-up to COP 26 in Glasgow that kicks off later this month.

As colourfully put by one reporter: “Australia’s plan must be ambitious enough for Australia to dodge global knuckle-dragger status at the Glasgow climate summit.”

At this stage it appears Australia’s pro fossil fuel PM – who recently managed to persuade the UK to ditch references to 1.5°C while negotiating the joint trade deal – would prefer not to attend the meeting in Glasgow where he would be held accountable for supporting harmful, nineteenth century technologies that fail to address emissions.

The Climate Council recently revealed that based on current movements Australia would achieve a paltry 0.28% emissions cut over the next decade – that is less than one third of one percent.

Yet the Coalition government maintains its support for coal. Its pro-fossil fuel proposed $7 billion ‘CoalKeeper’ subsidy would enable unprofitable, ageing, polluting coal-fired stations to operate well beyond their lifespan.

Fortunately, to date the proposal has gained no support from state governments and is presently on hold.

Further, one state’s Coalition government is leading the state in a more progressive, climate friendly direction by lifting its emissions reduction targets from 35pc to 50pc by 2030 with a vision of becoming a “renewable energy superpower”. Already it has attracted more than $37 billion in interest in clean energy investment.

And one for the scoreboard:

According to a leading barrister who is a former head of the Law Council of Australia the matter is “well open to serious legal challenge” and is at odds with the purpose of the Australian Renewable Energy Agency.

The Smart Energy Council has played a prominent role in opposing the government’s proposal. Chief Executive John Grimes commented “The federal government’s attempts to gut ARENA are outrageous and illegal and must not stand. These changes must be disallowed by Parliament.”

Sun Cable from Australia to Malaysia

One more milestone for the plant that is on the drawing board and touted the world’s biggest solar PV and battery storage project, which recently gained a permit for a 4000km sub-sea survey.

This paves the way for the high-voltage direct current cable to cross Indonesian waters between Darwin and Singapore and provide up to 15% of Singapore’s energy needs. In related news, the plant’s solar capacity has recently been scaled up to 20GW with up to 42GWh of battery storage.

Our September report to the GSC covered plans for Australia’s Western Green Energy Hub which, with 50GW wind and solar capacity, could eclipse all others.

Clearly no shortage of ambition or sunshine for Australia’s visionary developers!

According to Carbon Tracker in terms of the renewable energy resource potential per person, Australia is in a league of its own with over 10,000 MWh per person per annum potential.

The choice lies in front of us: Deloitte Access Economists has totted figures relating to the cost of Australia’s climate inaction, concluding: Lose $3.4 trillion worth of GDP and 880,000 jobs (mining, construction tourism) through climate inaction, alternately Australia could reap $680 billion in economic activity and generate more than 250,000 jobs by 2070.

Trends are revealing anuptick in large scale solar and wind investment. The government’s Clean Energy Regulator reported this that could result in 2.7 GW or possibly >3 GW total capacity renewables in 2021, based on 744 MW of large-scale solar and wind projects reaching FID (Financial Investment Decision) year to date, plus 1.6 GW expected in the second half of 2021.

And renewables down under are hitting impressive new highs. One day in late September the share of renewables on Australia’s main grid peaked at an all-time record of 61.7 per cent (well up on the month’s average of 35.4 per cent). And how’s this for schadenfreude: at that same time two major brown coal units failed and were temporarily shut down.