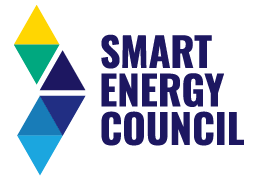 It’s good news from Australia – very good news. The community has spoken and voted for a new government. One that places value on climate action, political integrity and is more socially progressive.

The Smart Energy Council and its members are enormously thrilled and relieved, given the nine long year battle over energy policy and emission targets, support for gas and coal and denial of climate change.

We wait to see what will play out in the vexed area of fossil fuel support of $11.6 billion in 2021-22, or $22,139 per minute that has been wholeheartedly bestowed by the former administration.

The Labor party voted in this week – the ALP – is poised to deliver on all fronts and will be both supported and challenged to do more by the strong presence of climate-conscious Independents and the Green party that picked up a number of parliamentary seats.

Speaking at the SEC’s signature annual event which attracted 5000 delegates in the packed exhibition halls, the Prime Minister to be declared “Good climate policy as we know is good environmental policy for the cities and the regions… that will be the signature of the Albanese government.

Key planks in Labor’s Powering Australia Plan are net zero emissions by 2050 and 43 per cent cut in emissions by 2030. To get there, the party will upgrade the electricity grid to allow it to handle more renewable energy, decrease the cost of electric vehicles, and install community batteries and solar banks around the country.

These and other aspirations, including modernising steel and aluminium production, mirror those of the Smart Energy Council, which welcomed the Prime Minister-to-be and his Energy Minister to the Show (pictured above) during the election campaign.

The new Labor government calculates more than 600,000 new jobs will be created under their plan, and private investment will flow in based on secure policies and plans.

Prime Minister Albanese declares “Australia sits on cleanest and cheapest electricity in the world and if we don’t capitalise on that… all opportunities have been lost.”

“Our policies will make a difference.”

The nation is refreshed, reinvigorated and will soon be reenergised with more renewable energy.

The Smart Energy Council staged a series of strategic events in the lead up to the federal election and has always maintained close contact with the opposition party which is now governing the country.

SEC’s John Grimes, Steve Blume and Wayne Smith managed support efforts for key political candidates including the very successful Independents who toppled senior party figures including the Treasurer, a fossil fuel devotee and who was otherwise destined to become PM.

The consensus: “Everything the Smart Energy Council touched turned to gold.

“It’s been a long hard battle and we have finally triumphed. We will continue to advocate for ever stronger renewables polices and targets.”