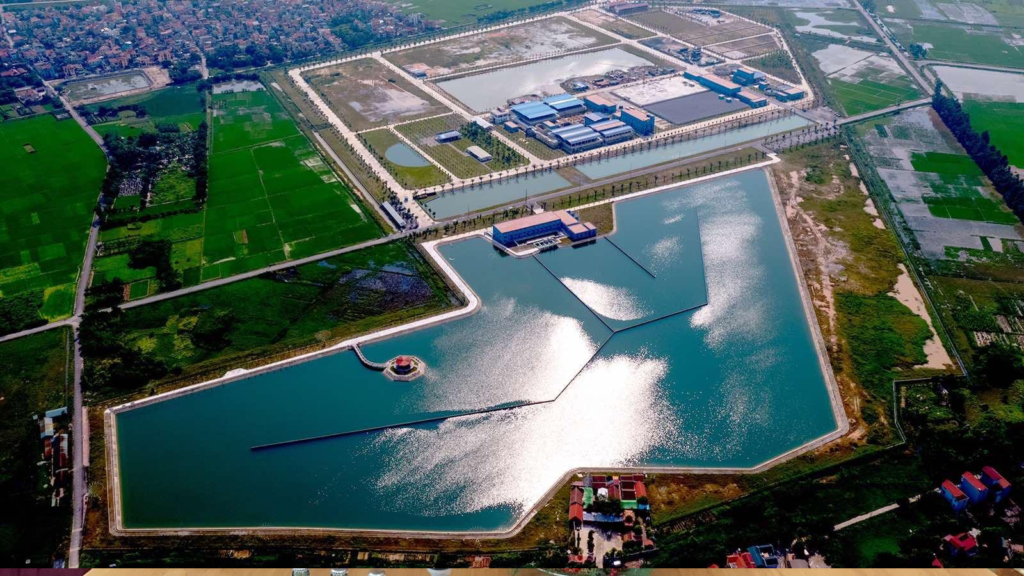 Every now and then we report on the versatility of photovoltaics. It is used for different purposes all over the world. In Hanoi (Vietnam), for example, green solar power has been providing solar treatment of drinking water since the beginning of the year. There, our international project division, IBC SOLAR Energy, constructed a 2.7 MWp PV system for the water treatment plant of the AquaOne Group.

Caused by Corona it took one year from the signing of the contract to the commissioning of the plant. Now there are  solar modules with a total output of 2.7 MWp on the roofs of the Song Duong water treatment plant installed. The solar power not only ensures better economic efficiency and benefits the environment, but also supplies the 1.5 million inhabitants of Hanoi with clean drinking water.

The use of clean energy to produce drinking water is a forward-looking combination for sustainable plant concepts and the demand for industrial-based PV plants is increasing. “In this context, commercial and industrial facilities around the world must not only be technologically “state of the art”, but also become sustainable in order to represent attractive long-term assets,” says Harald Bultmann, Director Commercial Contract Management of IBC SOLAR Energy.

In addition to planning in an east-west orientation, IBC SOLAR Energy was also responsible for the construction supervision as well as best possible composition of reliable components. Thus, the aerodynamic mounting system IBC AeroFix and the proven IBC TopFix from IBC SOLAR were used. Both self-developed mounting systems enable fast and uncomplicated assembly and high stability. In addition, a web-based remote monitoring system was set up.

The Song Duong water treatment plant of the AquaOne Group is undoubtedly a lighthouse project attracting attention in and beyond Vietnam. However, the plant installed so far is only one part of the planned concept. In the future, the capacity is to be expanded to up to 10 MWp.