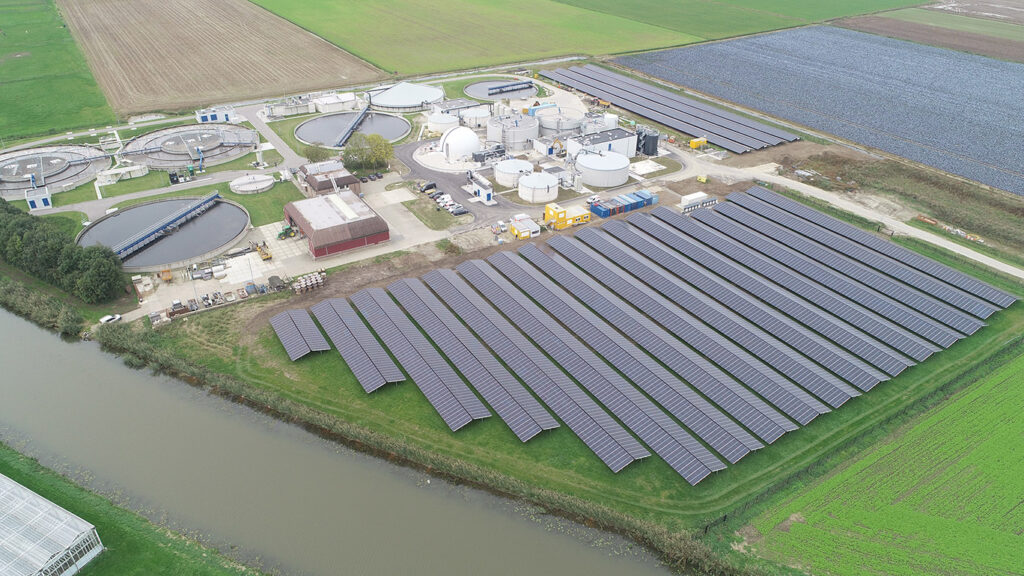 IBC SOLAR AG, a global leader in photovoltaic (PV) systems and energy storage, has planned another solar park for the Waterschap Rivierenland (Dutch water authority). The plant in Sleeuwijk, which was completed in October 2020, has an output of around 2.9 megawatt peak (MWp) and covers around 30 percent of the facilities energy consumption.

As a result, the Rivierenland Water Authority now also has access to a high-quality and reliable supply of sustainable electricity for its wastewater treatment plant in Sleeuwijk. With around 8,000 solar modules and an output of 2.9 MWp, the photovoltaic system generates 2,652 MWh of green solar electricity annually.

For more sustainability, authorities such as the Waterschap Rivierenland are increasingly investing in renewable energies. The open space PV system planned and implemented by IBC SOLAR in Sleeuwijk is the third solar project for the Dutch water authority. The first project, a 2.2 MWp PV plant in Arnhem, was completed in spring of 2019. This was then followed up with an 870 kWp plant in Wijk en Aalburg which was constructed in early 2020. The latest PV project in Sleeuwijk is another important step for the water authority towards sustainable water treatment and electricity supply.

In addition to the construction of the solar park, the Rivierenland water authority has built a factory for the extraction of gas from sewage water utilizing sludge fermentation. The energy consumption of both the sewage treatment plant and this energy factory can largely be covered by the output of the new solar park.