The Australian PV market to mid 2020 and beyond 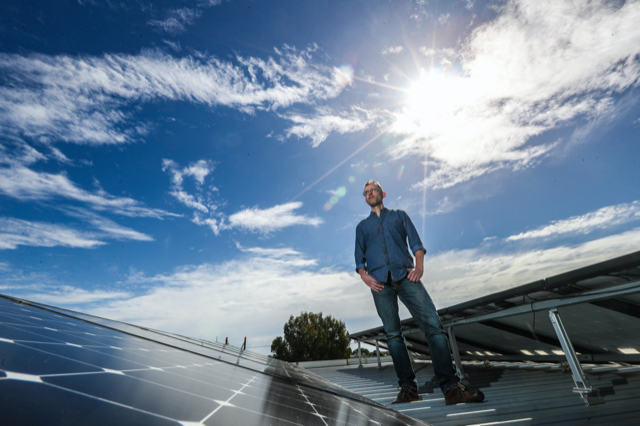 With the onset of the global pandemic Australia’s PV market experienced some turbulence, however, rather than fall victim to the new world under the virus, some positive trends emerged.

The figures for April 2020 were strong: it proved Australia’s second-best month on record for newly installed rooftop PV and solar hot water systems. The market remained resilient throughout May.

Leads (tracked by SolarQuotes, pictured) fell slightly before a strong rebound and remain at far higher levels than the same time last year.

Information on sales is not comprehensive and there is some variation in sales experience between companies: some have closed yet others reported record revenues.

On the whole installers are distributors are optimistic, with one online survey finding 70 per cent were impacted a little or not at all due to the pandemic. However almost a quarter surveyed reported a greater impact.

Several key factors have been itemised: electricity is an essential service, and during times of uncertainty people seek greater self-sufficiency. Also, due to lockdown more people have been spending more time at home and have become more conscious of the cost of energy. Homeowners also have had more time to research the benefits of rooftop PV.

Energy self-sufficiency: There has been a strong surge in consumer enquiries about battery storage driven by the need for greater control over household energy supplies, energy security, resilience and independence.Clearly in the face of a pandemic people are assessing what is important to them and the benefits of storage are amplified with more people spending more time at home during daylight hours.

Commercial solar systems: A key area of potential growth within Australia is commercial solar, particularly the >100kW segment due to the federal government’s tax break on capital purchases through an instant asset write-off on assets valued up to $150,000 for qualifying businesses.

Optimism: Solar industry workers across Australia agree that the solar and storage industry isone of the best industries to be in during these tough times, certainly compared to tourism, travel, the arts and entertainment sectors which have taken a severe hit from the pandemic.

United voices: Australia’s peak industry body, the Smart Energy Council, teamed with RenewEconomy to host a Stimulus Summit: A Renewables-led Economic Recovery which brought together government, industry and experts to discuss a vision for low-carbon economic recovery led by electrification and renewable energy. More than 3,500 people registered making this Australia’s biggest ever online renewable energy event, and reinforces the level of interest in the sector.

Business, environmental and industry groups are united in their message to the Australian government: Australia can and must become a renewables-led powerhouse and in the process address the unfolding climate catastrophe. The united voices are calling for a repeat of the government’s rapid actions and success in developing a national strategy to deal with the crisis of the pandemic (Australia has a population of around 25 million, to date just 102 people have died from COVID-19 and as of mid-June there were just 7300 cases).

Webinars: Over the past three months the Smart Energy Council has hosted a series of webinars to update industry on all matters related to the solar and storage industry. The strategy proved effective with tens of thousands tuning in for guidance presented by experts in their field. The popularity of the webinars highlighted the thirst for market intelligence, communication and connection during the Covid crisis.