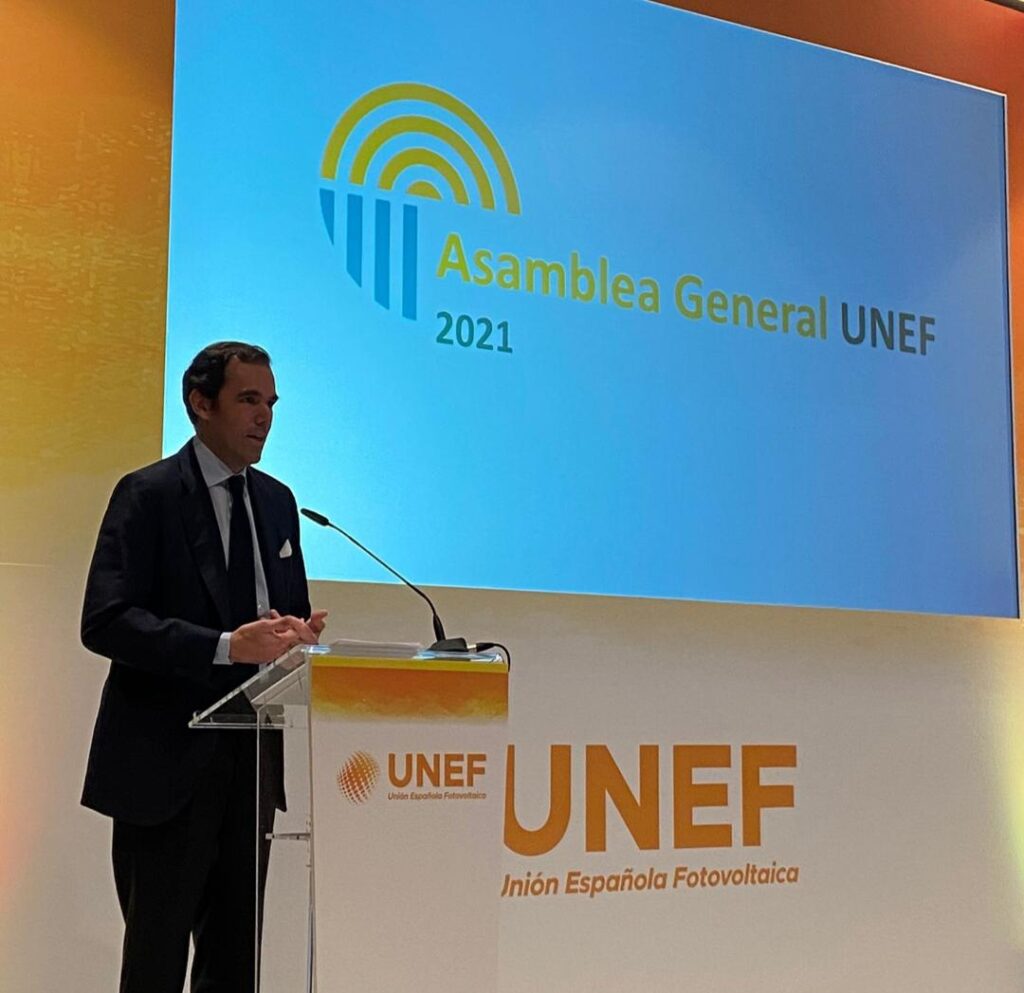 The Spanish Photovoltaic Union, UNEF, has approved the launch of a Certificate of Excellence for sustainability and the conservation of Biodiversity in photovoltaic plants during its Ordinary General Assembly, which took place on 23 June.

At the meeting, in addition to approving the 2020 Performance Report and the Statement of Accounts for the previous year, it was agreed to implement an action plan to promote the social receptiveness of the plants and to amend the Association’s Statutes to strengthen its territorial strength and invigorate its action at regional level.

To this end, the Statutes have been modified so that there can be two Delegates of the Association in certain Autonomous Communities. Likewise, the possible creation of a Territorial Council has been approved and it has been agreed that the representative of the Delegates on the Board of Directors will have, in addition to the right to speak, also the right to vote.

In this way, exceptionally and provided that, prior to the vote, this is approved by a simple majority of the member companies present or represented at the assembly of the Territorial Delegation in which elections are held, a maximum of two Territorial Delegates may be elected from among all the candidacies presented, who may not belong to the same business group.

During the morning, the action plan for the financial year 2021 and the budget for the financial year 2021 were also approved. The Members’ Meeting was held one day after its ‘Self-consumption meeting: the opportunities of the recovery plan’, which it organised on the occasion of the Day of the Sun, which is celebrated every year on 21 June. It was the first hybrid meeting in face-to-face/digital format that the Association has held for more than a year. It turned out to be a success with 250 participants, of which 180 people followed it from the room and 74 people connected via streaming.

At this ‘Self-consumption Meeting’, in addition, the Secretary of State for Energy, Sara Aagesen, who inaugurated the event, announced the early adoption of the Royal Decree, adopted one week later, that approves the 900 million euros in aid for self-consumption, framed within the Recovery Plan and the European funds ‘Next Generation EU’.