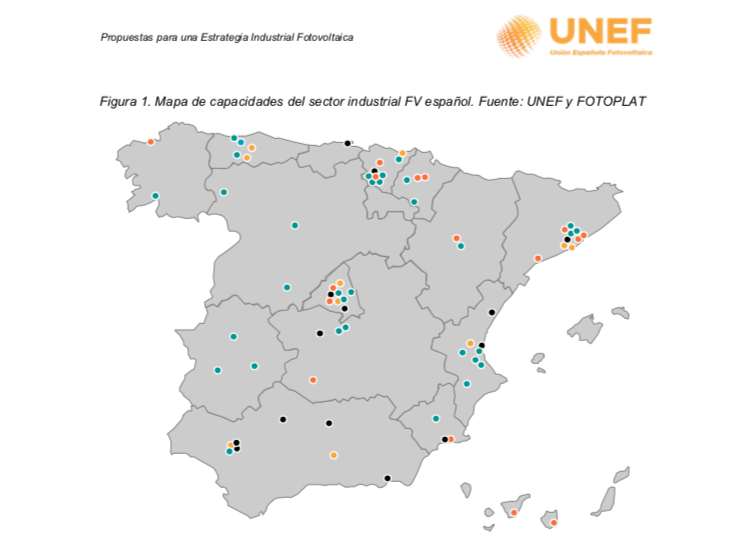 On May 14th, the Spanish PV Association, UNEF, has delivered its industrial strategy for the PV sector to the Ministry of Ecological Transition and Demographic Challenge.

This report includes recommendations to strengthen the industry associated with the PV sector in order to boost its contribution to the economic recovery.

Spain’s NECP has a target of 39GW of installed solar PV capacity by the end of the decade and to achieve this target Spain will require an investment of €20bn, which offers a key opportunity to strengthen the national industry, that is composed of competitive and strong companies that are leaders on the international levels across the whole value chain of the technology, especially in the inverters and solar trackers segments.

In 2018, the Spanish PV sector contributed to the GDP with €5bn, exports had an economic impact of €1.5 bn and, before the COVID19 crisis outbreak, it generated a total of 60.000 jobs.

Key areas included in the report are the electricity sector, industrial policy, innovation and development, foreign trade and training. For each area, UNEF has defined a series of recommendations, such as boosting the digitalization of the electricity sector, ensuring a steady growth of the PV sector by carrying out new RES auctions, designing a national R&D program and signing commercial agreements to eliminate the barriers to the export of PV components manufactured in Spain.

Download the “Industrial Strategy for the Spanish PV Sector” (in Spanish)