Solar energy and War: many solar power plants have been destroyed in Ukraine 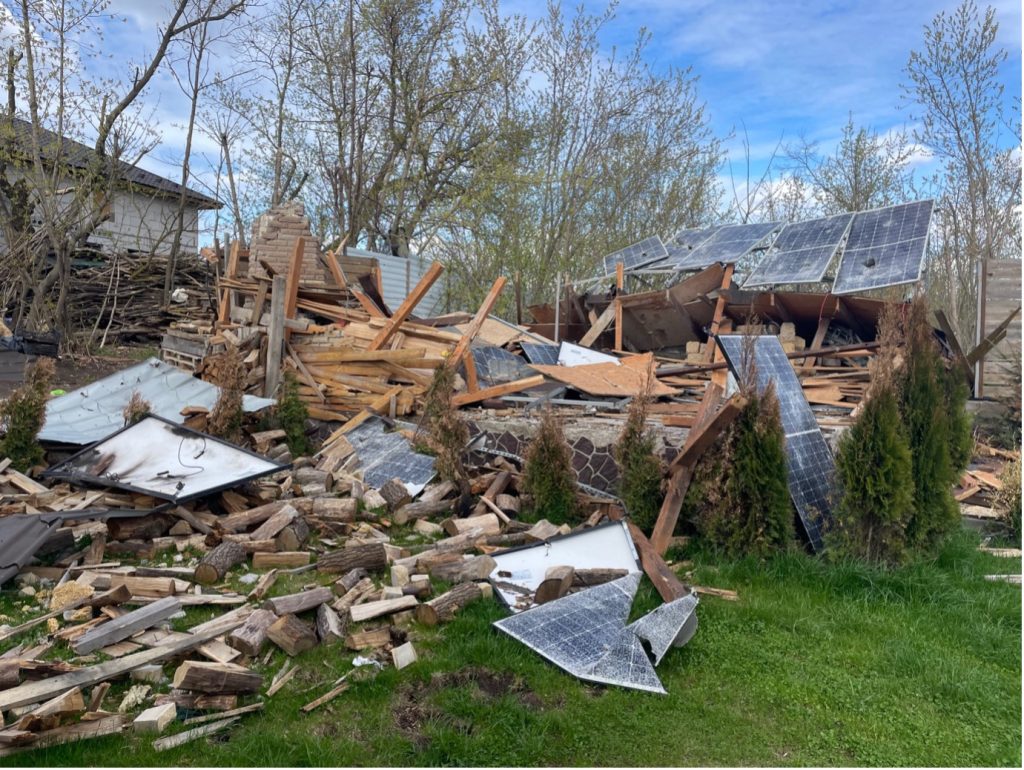 Russian invasion of Ukraine caused a humanitarian catastrophe, terrible economic consequences, and also led to thousands of ruined destinies. On average, more than three thousand missiles were fired at Ukraine.

At the same time, the energy sector experienced a significant upheaval, and in particular, renewable energy was no exception. According to the Ministry of Energy of Ukraine, as of July 2022 over 30% of RES capacities do not currently generate electricity due to the war: around 12% of solar and around 90% of wind from the total amount of install capacity respectively.

On the preliminary estimations done by Solar Energy Association of Ukraine, over 550 MW of solar power plants utility scale PV and rooftops were damaged or destroyed. Domestic solar power plants were also damaged across the country.

Since it is currently difficult to accurately estimate the number of destroyed PV, Solar Energy Association of Ukraine conducted its own survey. We surveyed 50+ owners of solar power plants, mostly residential, whose plants were damaged since the beginning of the war.

The obtained data are impressive:

But despite such challenges for the solar energy industry, Ukraine is confidently moving towards energy independence and is doing everything possible to ensure that “green” energy survives and continues to develop.