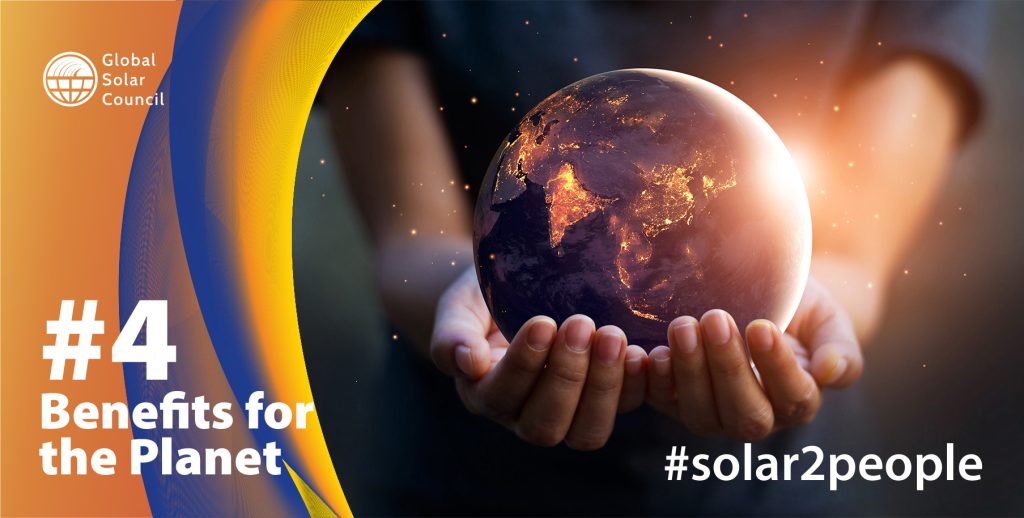 In order to protect life on planet Earth, we need to get to net-zero by 2050 which means reducing greenhouse gas emissions to as close to zero as possible, with any remaining emissions re-absorbed from the atmosphere, by oceans and forests for instance. In addition to having a net-zero energy system 28 years from now, we also need to ensure that there will be affordable and stable energy supplies for all people and promote significant economic growth.

Energy usage will look completely different by 2050. For one, global energy demand should be around 8% smaller than today, yet serving an economy that’s twice as big, with a population of almost 10 billion people. Such a huge population requires electricity generation to come from renewable sources. Solar PV and wind alone have to account for 70% of the world’s electricity by mid-century. On the other hand, fossil fuels need to fall from almost four-fifths of the total energy supply today to slightly over one-fifth by 2050.

Therefore, shifting to solar energy can help limit the worst effects of the climate crisis, like extreme weather events and mass migrations, and also contribute to improving our well-being through a healthier Earth. Read on to learn more benefits that solar energy brings to our common home.

The global decarbonisation strategy relies strongly on generating electricity with solar power due abundance of the source, reliability of the technology, and low costs. As more and more people shift to solar energy, they contribute to the collective goal of carbon emissions reduction while also improving overall air quality. In addition to healthier air, distributed solar PV can also generate enormous savings as we have seen in our previous blogs.

To paint a clearer picture, here’s how much CO2 emissions solar PV can reduce in the following vicinities annually:

Moving on from public health risks

Research has shown that exposure to fine particulate matter – or PM 2.5 – from burning fossil fuels was responsible for about 8.7 million deaths globally in 2018. That’s roughly the same number of people living in New York City or London. Fossil fuels are not only warming the planet but they also kill more people each year than HIV, tuberculosis, and malaria combined.

Most of these deaths were from countries where fossil fuel usage was high, like China and India. A shift to solar energy reduces and eliminates these carbon emissions. This will mean far fewer deaths and a far more liveable environment for those with preexisting lung diseases.

Solar energy can be a clean, emission-free, renewable energy source for any home. Unlike natural gas and coal, fossil fuels often used in homes, home solar doesn’t release any harmful pollutants into the air and water.

In the United States, it has been estimated that solar energy can prevent $167 billion in environmental and health damage and save more than 25,000 lives by curbing the effects of air pollution. Also, a household in New York that switches to renewable sources, like solar panels, will eliminate the need to burn over 5,000 pounds of coal and the relative carbon emissions.

In the face of a climate crisis, one of the best moves people can make is to invest in solar power. Read our other blogs to learn more about the benefits of distributed solar PV.